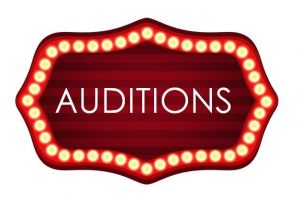 Are you interested in singing with the Detroit Lutheran Singers? We will be auditioning singers for the Christmas 2022 Concert Series at our rehearsal on Monday, October 24th at 6:45 pm.  While the audition process may seem daunting, our goal is to say yes. Since rehearsal time is extremely limited, a singer who joins the choir must demonstrate a well-developed set of musical skills which includes appropriate range and dynamics, music reading skills, sight-singing, and a vocal quality that will blend with the ensemble. The audition will take just a few minutes and no prepared piece is required.  If you are interested in singing with us, please click this link and share your contact information.  We look forward to hearing from you!

The Detroit Lutheran Singers places tremendous value in keeping our singers and audiences safe during the COVID-19 pandemic. While we are excited to see (and hear) each other in-person, our paramount responsibility remains the health and safety of our members, as well as our audience. As such, we are following the recommendations of the CDC (Centers for Disease Control & Prevention):

Christopher L. Hall, Director
Mr. Christopher Hall recently retired after more than 20 years as Director of Music of the First United Methodist Church, Birmingham. Chris developed a music ministry consisting of 13 choirs involving over 300 singers, ringers, and instrumentalists. The program also included a summer music camp for youth and travel to England with the High School Choir. Chris established a concert series, “Live at First”, which featured artists ranging from the Dave Brubeck Quartet, the Canadian Brass, Chanticleer and to P.D.Q. Bach and Judy Collins. Director of the Detroit Methodist Chorale, Chris directed choir tours to 22 European countries from Ireland to Russia, Norway to Italy. In addition, he owns and operates CLH Publications, a music distribution company which serves churches and schools across the country. Chris has been singing with the Detroit Lutheran Singers for more than 25 years along with his wife, Doris, the DLS accompanist. He has served as the Conductor for DLS since 2012.