Mr. Christopher Hall recently retired after more than 20 years as Director of Music of the First United Methodist Church, Birmingham. Chris developed a music ministry consisting of 13 choirs involving over 300 singers, ringers, and instrumentalists. The program also included a summer music camp for youth and travel to England with the High School Choir. Chris established a concert series, “Live at First”, which featured artists ranging from the Dave Brubeck Quartet, the Canadian Brass, Chanticleer and to P.D.Q. Bach and Judy Collins. Director of the Detroit Methodist Chorale, Chris directed choir tours to 22 European countries from Ireland to Russia, Norway to Italy. In addition, he owns and operates CLH Publications, a music distribution company which serves churches and schools across the country. Chris has been singing with the Detroit Lutheran Singers for more than 25 years along with his wife, Doris, the DLS accompanist. He has served as the Conductor for DLS since 2012. 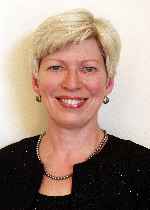 Doris Hall, Accompanist
Doris Hall holds degrees in Music Theory and Organ performance from the University of Michigan and Wayne State University. Mrs. Hall has been the accompanist for the Detroit Lutheran Singers since 1991. She is the organist at Birmingham First United Methodist Church, is a member of the American Guild of Organists, accompanies the choirs of Detroit Country Day School and many area singers, and is a performer for Omni-Arts in Education, an arts enrichment program for Detroit Schools.